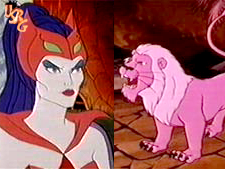 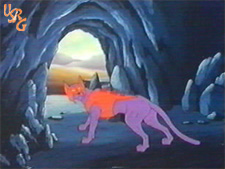 Catra is the Horde’s main Force Captain, leading other Hordesmen into battle with the Rebellion.

Catra is one of the few members of the Horde who has anything akin to a backstory. 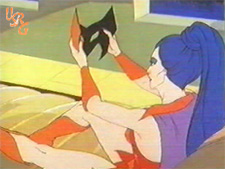 When the feline Magicat people were taken captive, their Queen went on a search to find them.

However, Queen of the Magicats was captured too and imprisoned by Hordak.

Powerless without the enchanted mask which 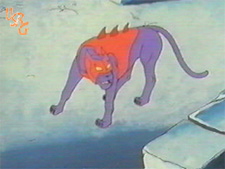 gave her magical powers, she could not escape.

Hordak had given the mask to Catra, from which the villainess supposedly obtained her cat-like qualities and certainly her ability to transform into a ruthless panther. [62] 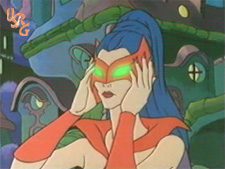 Though the Magicats were to see their Queen again, Catra retained the mask and, therefore, her power of transformation.

Unbeknownst to Catra, though, the mask also has another ability – simply by saying ‘freeze-fire’, the mask can fire a freeze-ray which will cover anything in its path in solid ice. 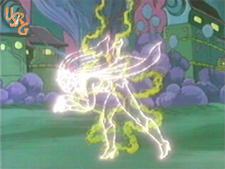 She did learn this trick but no longer remembers it due to the mind-wiping power of the Magicats. [62]

To transform into her panther form, Catra would simply place the mask on her forehead over her eyes. 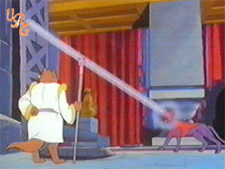 A strange gas would be released from her body, as she changes. [First in 01]

In this feline form, Catra would retain the ability to speak but would be gifted with the strength of a panther in addition.

Following Adora’s departure from the Horde, 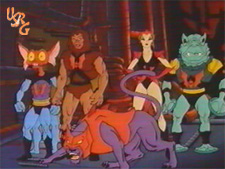 Catra was made Force Captain in her place, [referenced in 06, first in 07], commanding Mantenna, Leech, Grizzlor, Scorpia, [44] and occasionally Rattlor to do her bidding. [10]

This position would be a frequent reminder of Catra’s authority throughout the series; she would only once be given the different title of Force 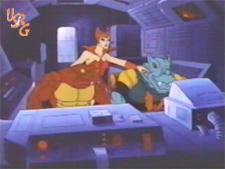 Catra, like Shadow Weaver, starred in a few stories as a lone villain, indicating her status in the Horde to lead missions. [28, 30, 54]

She even attempted to overthrow Hordak by betraying him to Skeletor [51], something that 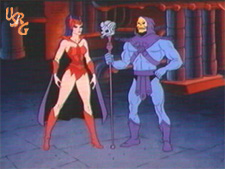 The two villainesses, however, do not share any kind of friendship but will work together reluctantly if they have to – as Catra will with fellow Horde females Scorpia [45] and Entrapta [66]. 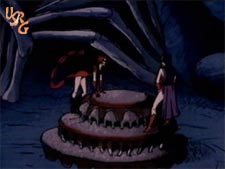 Despite their differences, the Horde members share one mutual opinion – utter contempt for Imp.

Catra and Imp feuded regularly throughout the series, though Hordak would always side with Imp over Catra. [32, 44, 73] 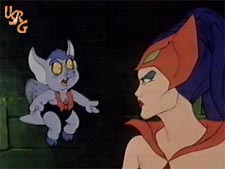 The sultry Catra showed a clear attraction to Sea Hawk. [07]

Her flirting was not reciprocated though, which perhaps gave her extra reason beyond his treachery to arrest him – and even set a trap for him and Adora. [16] 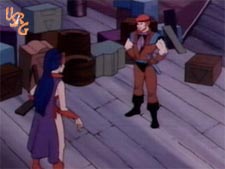 Finally, perhaps the most unknown fact about Catra is her ability to teleport [66] – perhaps another power granted by her mysterious mask?

We may never know. 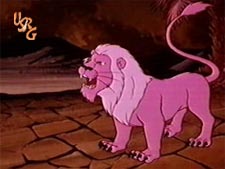 Clawdeen’s one appearance in the She-Ra series revealed little about her.

We know she is Catra’s pet and that she is based out of (what appears to be) Catra’s Tree-Plex from an early Princess of Power Mini-comic, but 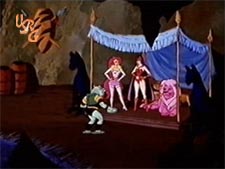 She was used in the second season to scare the Rebels into Cage-Mines so they could be captured by the Horde, who in the end, got away with Peekablue.

She vanished after Bow trapped her in a Cage 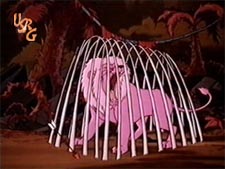 Mine, though Clawdeen and Catra in her cat-form did seem to make a powerful team when working together. [66] 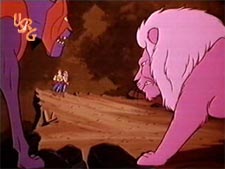 Into Etheria
The Sea Hawk
The Prisoners of Beast Island
The Peril of Whispering Woods
Return of the Sea Hawk
The Mines of Mondor
Small Problems
Bow’s Farewell
Play It Again, Bow
The Reluctant Wizard
Friends Are Where You Find Them
A Talent for Trouble
Into the Dark Dimension
Glimmer’s Story
Enemy With My Face
The Rock People
Huntara
Birds of a Feather
My Friend, My Enemy
Unexpected Ally
The Light of the Crystal
Loo-Kee Lends a Hand
Of Shadows and Skulls
Jungle Fever
Magicats

One To Count On