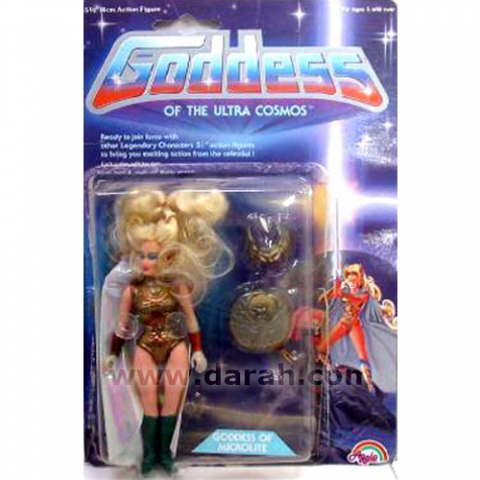 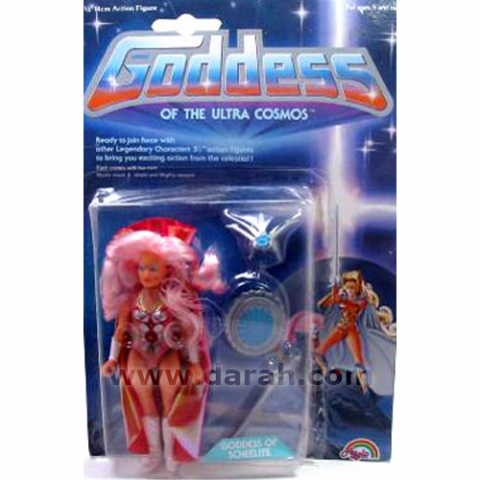 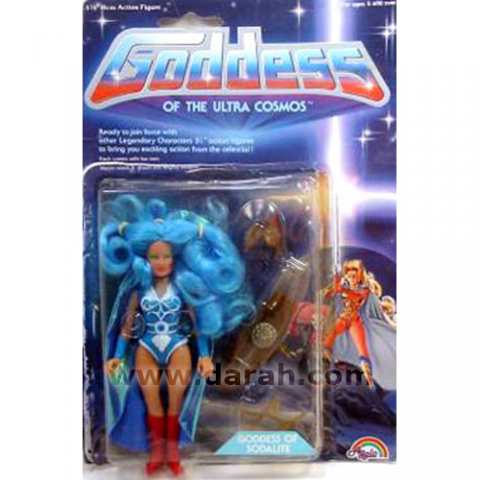 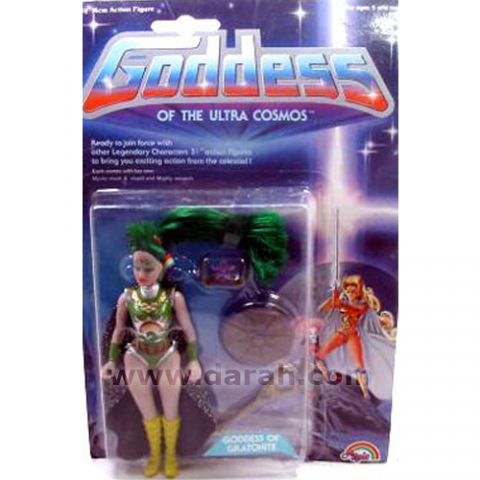 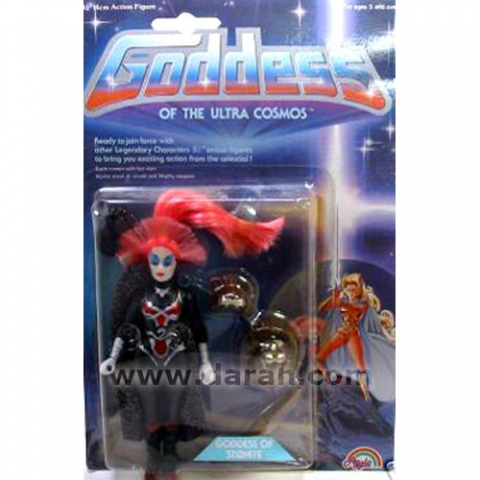 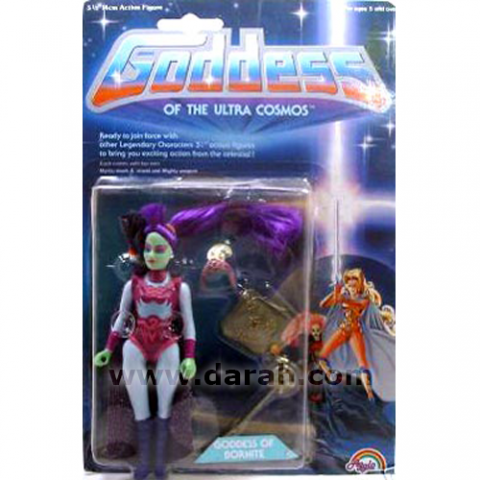 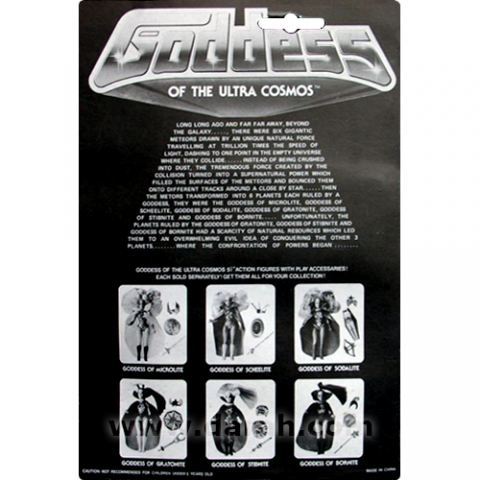 I think these are a really great toy line and wish I had them all! 🙂 They came with a few different packages, and the verbiage on the cards is not great, but this is a lovely collection. 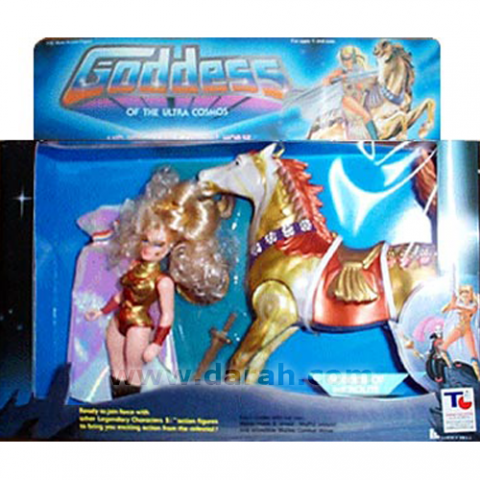 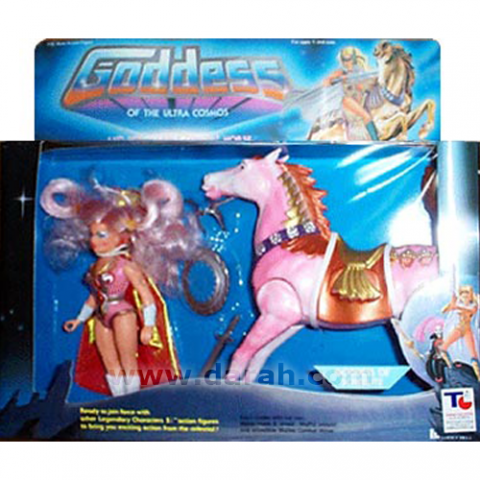 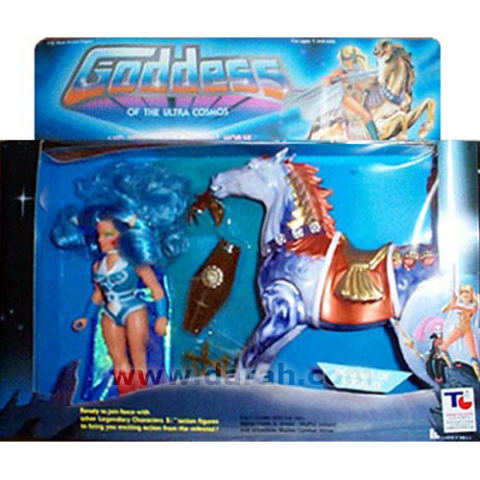 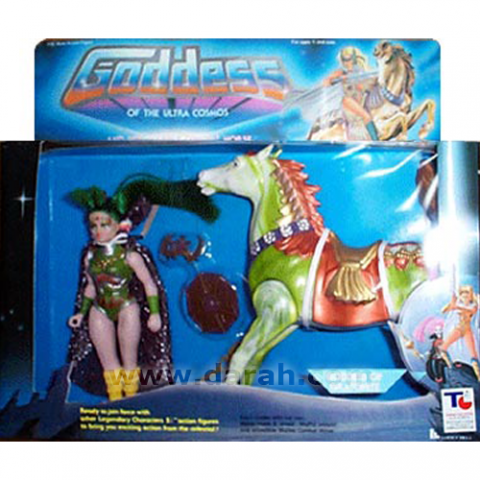 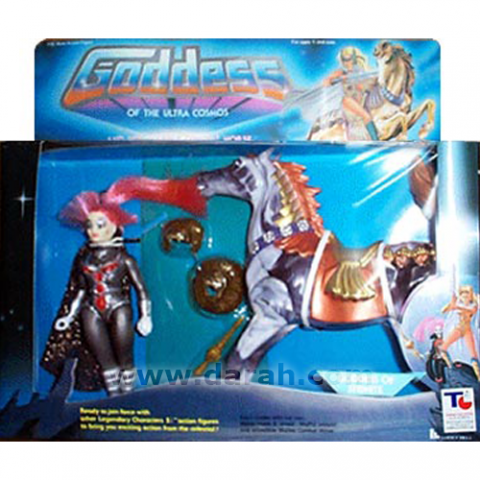 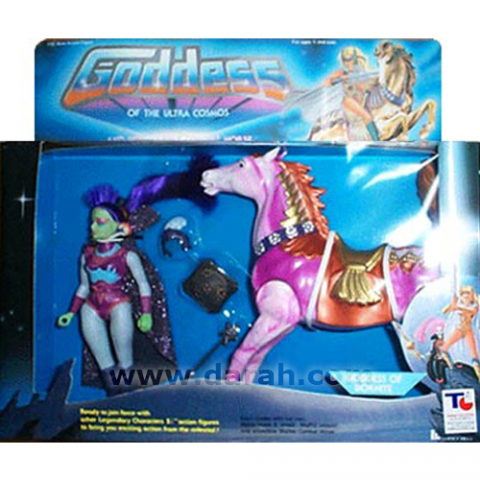 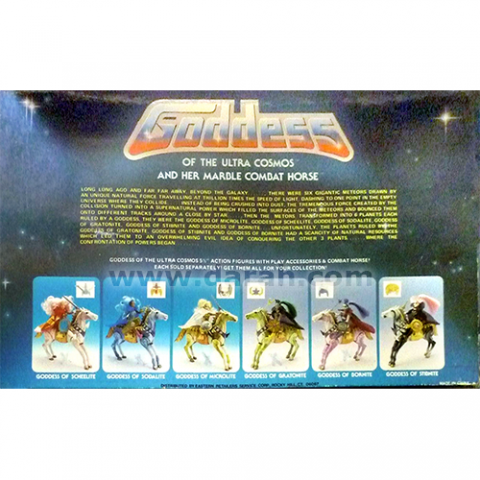 Front Text:
Ready to join force with other Legendary Characters 5 1/2″ action figures to bring you exciting action from the celestial!

Each comes with her own Mystic mask & shield, Mighty weapon and Incredible Marble Combat Horse 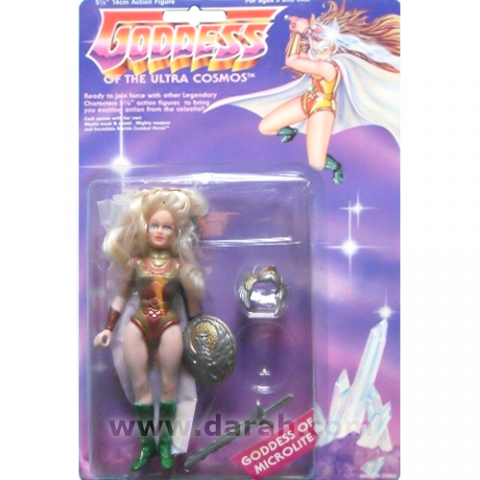 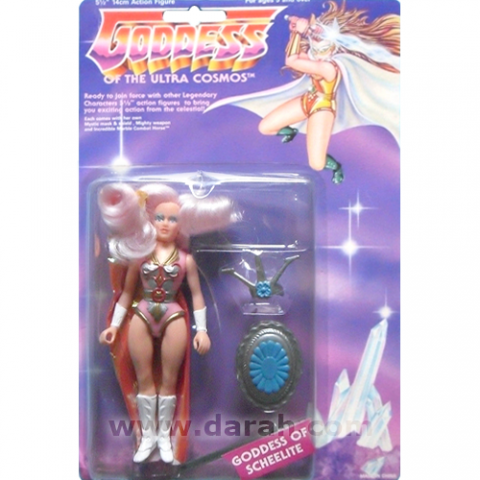 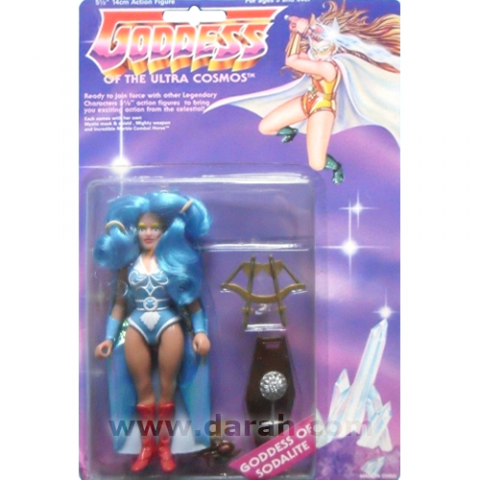 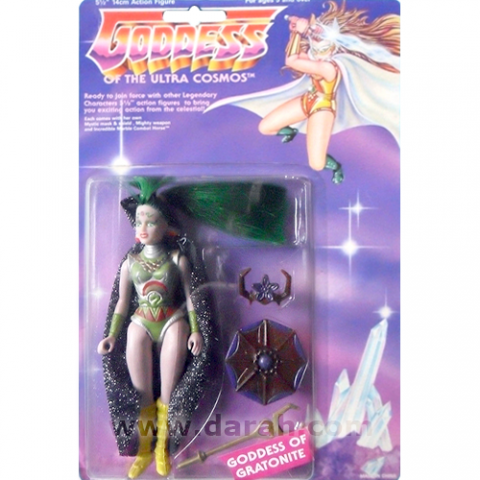 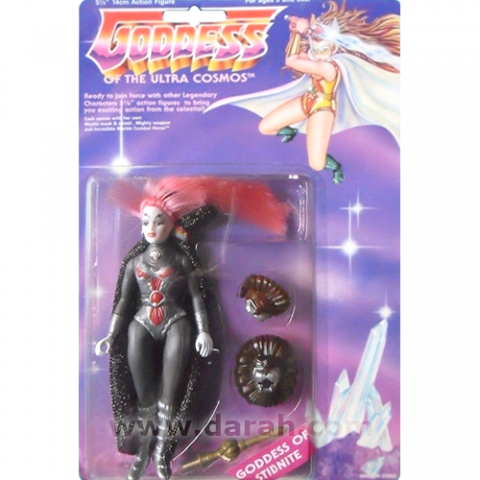 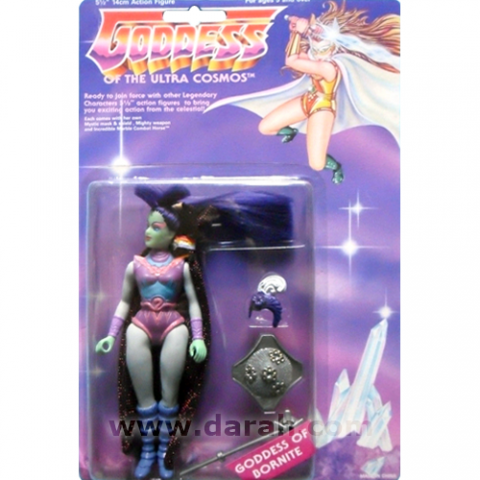 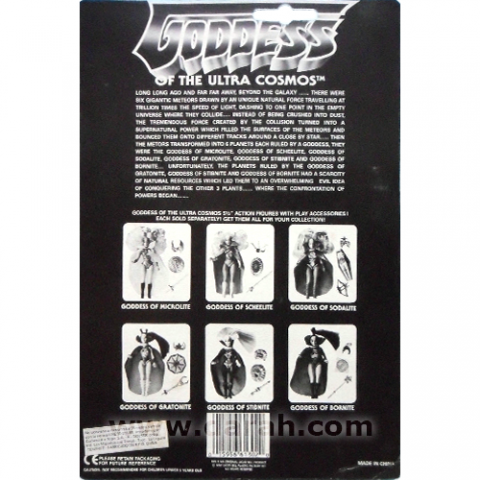 Back Text:
Long long ago and far far away, beyond the galaxy…… There were six gigantic meteors drawn by an [sic] unique natural force travelling [sic] at trillion times the speed of light, dashing to one point in the empty universe where they collide…… Instead of being crushed into dust, the tremendous force created by the collision turned into a supernatural power which filled the surfaces of the meteors and bounced them onto different tracks around a close by star…… Then the metors [sic] transformed into 6 planets each ruled by a goddess, they were the Goddesses of Microlite, Goddess of Scheelite, Goddess of Sodalite, Goddess of Gratonite, Goddess of Stibnite and Goddess of Bornite….. Unfortunately, the planets ruled by the Goddess of Gratonite, Goddess of Stibnite and Goddess of Bornite had a scarcity of natural resources which led them to an overwhelming evil idea of conquering the other 3 planets…….. where the confrontation of powers began……..

Goddess of the Ultra Cosmos 5 1/2″ action figures with play accessaries! [sic] Each sold separately! Get them all for your collection!