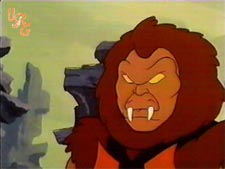 Image from the episode “The Rock People”

Grizzlor is another Hordesman whose origin is unknown. Hordak once made a comment about ‘Horde science and magic’ transforming his warriors into powerful beings – specifically, Grizzlor and the rest of the Force Squad, [46], leaving us with but a tiny titbit of information about their collective pasts.

Although he wasn’t part of the Force Squad we saw on our first trip to Etheria [01], after Adora left the Horde, Grizzlor then became a member of Catra’s crew, almost as if a vacancy had opened up. [33, 46, 78] However, he was rarely a help to the Horde, particularly after early episodes depicted him as a strong villain. [02, 07, 15] He became more of a burden to Hordak, messing up at almost every assignment given to him. 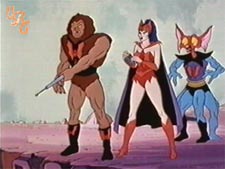 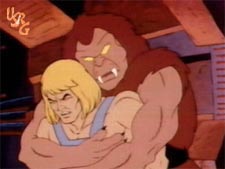 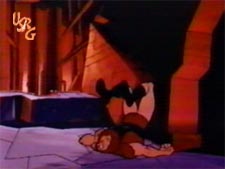 While Mantenna was picked on for being goofy and a bit socially awkward, Hordak’s ridiculing of Grizzlor was because of his ground-breaking stupidity. It was for this reason that the hairy henchman became the second most-regular victim of the trap-door treatment. [21, 53, 78] 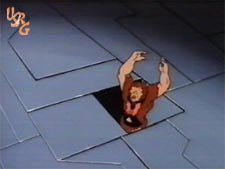 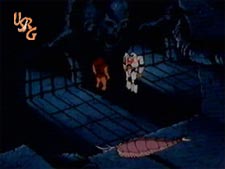 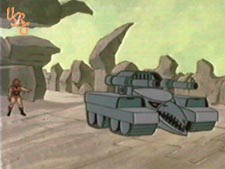 Grizzlor was stationed at the Beast Island prison in a sort of commander role on several occasions, [02, 10, 57] something which suited his beastly appearance and demeanour, but more often than not, he was just a simple lackey for Hordak. 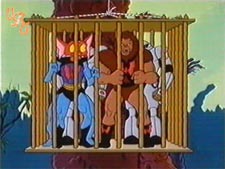 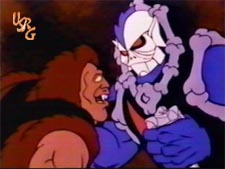 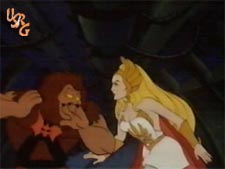 Grizzlor seems to be none too keen on Mantenna [38] – and the feeling is very much mutual, with the pair openly trading insults and scrapping in one episode. Another character he (and everyone else) despised is Imp, although Grizzlor’s grudge is nothing compared to the quick-witted Catra and the other females of the Horde.

Finally – and unexpectedly – Grizzlor once almost hit the nail on the head regarding She-Ra’s true identity. Expecting to find Adora locked in a cell, he instead discovered a just-transformed Princess of Power. Fortunately for She-Ra, Grizzlor’s lack of brain cells prevented him from putting two-and-two together and her secret remained safe. [14]

Beast Island
The Sea Hawk
The Prisoners of Beast Island
Friendship
He Ain’t Heavy
Return of the Sea Hawk
The Stone in the Sword
Friends Are Where You Find Them
A Talent for Trouble
Zoo Story
Glimmer’s Story
The Rock People
Huntara
Birds of a Feather
For Want of a Horse
My Friend, My Enemy
Unexpected Ally
Of Shadows and Skulls
Jungle Fever