Hordak is ruler of the Evil Horde on Etheria.

Although he preferred to use science and machinery to exert force and control, [17] Hordak was trained in the art of sorcery by an old Etherian magician called Noah. [51] This is not a popular theory among fans, as it seems to contradict Hordak’s attacks on Eternia long before he arrived on Etheria. It is possible, however, that Hordak originated from Etheria and then went back after failing to conquer Eternia [04] but most fans prefer to view him as an alien creature hellbent on destruction and enslaving innocent people. 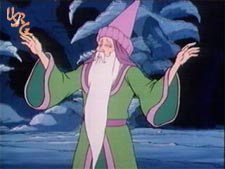 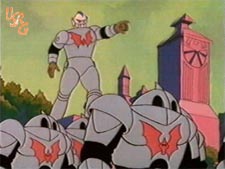 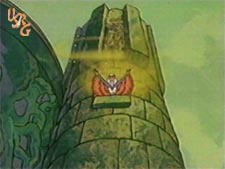 The Horde used to be based at Snake Mountain on Eternia, now home to Skeletor who was actually Hordak’s student at the time. However, when Hordak realised he would never conquer Eternia, he forged a plan with Skeletor to ruin the lives of the Royal Family. He captured Adora from her crib at the Royal Palace and escaped, but Skeletor was intercepted by the Royal Guard and forced to reveal the location of Snake Mountain. Skeletor was left in the hands of his enemies and betrayed Hordak to them in turn – thus beginning a long-term feud between them. [04] This would be the focus of several stories; Hordak would hope to conquer Eternia to settle old scores with Randor [18, 35] and Skeletor would seek revenge on his old teacher by working with Catra [51] and Shadow Weaver [56] to overthrow him. 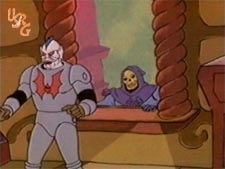 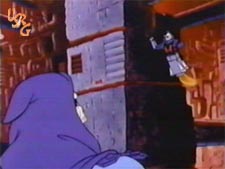 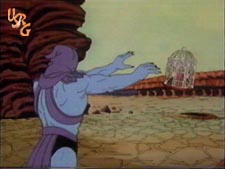 Along with Shadow Weaver and Chakra, Hordak helped raise Adora. She would soon fill the student role left open by Skeletor [01] – until of course, she too betrayed him to lead the Great Rebellion.

We assume that Hordak’s position of power is inherited from his lineage. His brother, Horde Prime, for example, resides on Horde World as leader of the intergalactic army. The Etherian warlord also has a nephew, Prime’s son Prince Zed. [11] This, in turn, makes Hordak a prince too – presumably of Horde World. 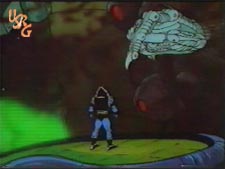 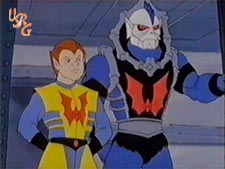 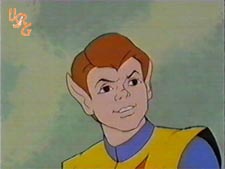 The Horde has attacked and conquered many, many lands. [39] On Etheria, Hordak and his Horde are based at the Fright Zone, a dark and dismal factory-looking fortress where operations are overseen and plans hatched. Nothing in the Fright Zone can be remotely beautiful, as beauty of all kinds enrages Hordak. [40, 63, 92]

In his fury, Hordak would often wreck parts of the Fright Zone, [01, 13, 15] but he would direct his anger more at his subjects than anything else. Even though Shadow Weaver devised better plans, Hordak would blame her for any of his own bad ideas [89] and would constantly drop his minions into the watery depths of the Fright Zone for simple amusement. Mantenna was his most regular victim [12, 49, 83] but Grizzlor [53] and Catra [78] would also face the plunge on several occasions. However, Hordak’s actions would turn on him, as he too was sentenced to the trap door treatment a couple of times; by Mantenna, as a mark of revenge [17], and by Horde Prime, as a punishment [49]. 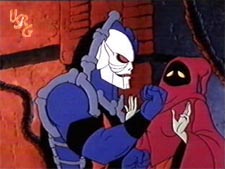 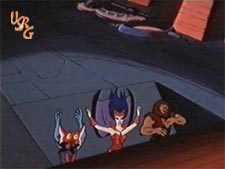 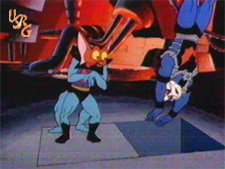 Early episodes would show Hordak even losing his temper with Imp [03, 08] but the little blue critter would later become his one and only friend.

Hordak’s most memorable and indeed prominent power was his ability to transform his body parts into other objects, such as a missile [36], scissors [39] and a net [86]. His most common transformation though, was his rocket form, seen in numerous episodes. 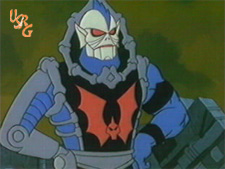 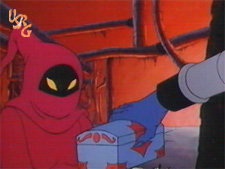 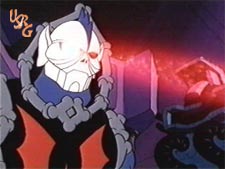 Originally portrayed as a savage, cold-hearted dictator, Hordak would get his just-desserts by being ridiculed by such comic characters as Mantenna [17], Orko [33] and Perfuma [63]. 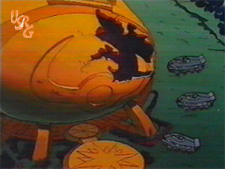 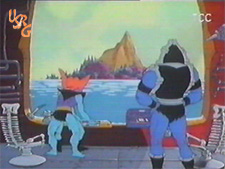 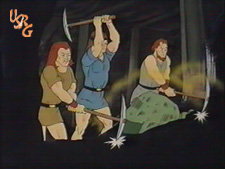 The Rebels are easily the biggest cause of Hordak’s woes. He has tried many a time to dispose of them, but with no such luck. Large-scale plans such as trapping them inside the Whispering Woods [13, 27] and freezing time [55] have backfired, as have smaller operations like shrinking the Rebels [25] and trapping their souls in paintings. [88] 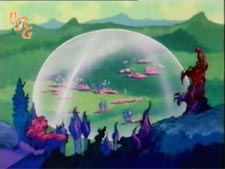 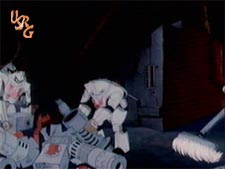 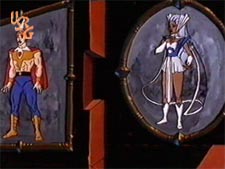 However, no matter how much Hordak hates the Great Rebellion, there is one thing he hates even more: Horde Inspectors, who always seemed to report his shortcomings to Horde Prime! [13, 87]

Into Etheria
Beast Island
She-Ra Unchained
Reunions
Battle for Bright Moon
The Sea Hawk
The Red Knight
The Prisoners of Beast Island
The Peril of Whispering Woods
The Laughing Dragon
King Miro’s Journey
Friendship
He Ain’t Heavy
A Loss for Words
Horde Prime Takes A Holiday
The Stone in the Sword
The Crown of Knowledge
The Mines of Mondor
Small Problems
Book Burning
The Eldritch Mist
The Price of Freedom
The Reluctant Wizard
Friends Are Where You Find Them
A Talent for Trouble
Gateway to Trouble
The Unicorn King
Into the Dark Dimension
Treasure of the First Ones
Glimmer’s Story
Enemy With My Face
Welcome Back, Kowl
The Rock People
Huntara
Micah of Bright Moon
Birds of a Feather
For Want of a Horse
My Friend, My Enemy
Unexpected Ally
Loo-Kee Lends a Hand
Of Shadows and Skulls
Jungle Fever
Black Snow
Darksmoke and Fire
Magicats
Flowers for Hordak