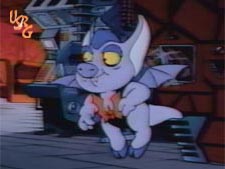 Featured Image taken from the episode “The Laughing Dragon”

Although Imp made a fair few appearances in the She-Ra series, we know little about his past. His personality, however, is crafted perfectly. Imp loves nothing more than sucking up to his master and getting the other Hordesmen and women into trouble, even egging Hordak on to take his anger out on his henchmen. [55, 78] Catra, Shadow Weaver, Scorpia, and Entrapta have shown themselves to despise Imp greatly, while the other Horde members were either too stupid (Grizzlor, Leech) or too innocent (Mantenna) to pick an argument with Imp (though they also showed signs of disliking him). 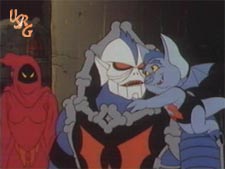 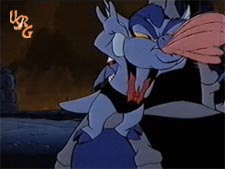 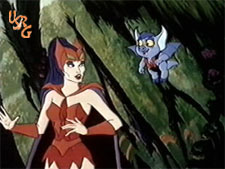 Without his master, however, Imp is completely powerless, as far as the Horde hierarchy is concerned. Catra had him wrapped around her little finger when attempting to take over Elf World [54] and the entire Force Squad threatened to deal with him once and for all when Hordak had been briefly defeated by Skeletor. [56]

It isn’t just the other Horde members that hate Imp so much; the Rebels do too, and with good reason. Fittingly, his similar-sized counterpart Kowl holds the biggest grudge, particularly because of the time Imp tried to frame the Rebel bird as being a spy for Hordak. [43] Kowl, clearly, wasn’t best pleased. 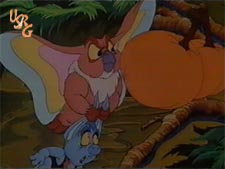 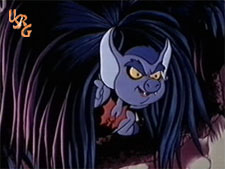 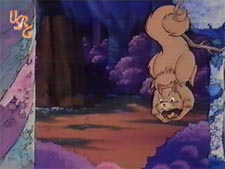 Imp’s role as a spy has come in handy many a time, with the little fiend delivering news to the Horde about the skillful Red Knight, [08], Adora’s enchanted but useless locket, [81] and the birth of Swift Wind’s baby on Unicorn Island. [93] However, his prime power is one of transformation in a similar way to his master Hordak. Usually maintaining his signature blue colour, Imp has transformed into objects such as a bush [23], a loud horn [55] and even a pair of scissors to do battle with Entrapta’s locks! [79] Only twice has Imp not adopted his trademark shade when in another form; once as a painting [17] and another time as a squirrel. [24]

Imp was a much more powerful character than he may appear at first glance. Though his powers of transformation were often used to comical effect, his metamorphosis into a flamethrower [57] proved his strength to its full extent, causing a jungle fire which spread through the quieter regions of Beast Island. Could Imp, in fact, be more of a match for the Rebellion than everyone suspects?

She-Ra Unchained
The Red Knight
The Laughing Dragon
A Loss for Words
The Crown of Knowledge
The Mines of Mondor
Friends Are Where You Find Them
Treasure of the First Ones
Glimmer’s Story
Welcome Back, Kowl
The Rock People
Huntara
Micah of Bright Moon
My Friend, My Enemy
The Light of the Crystal
Loo-Kee Lends a Hand
Of Shadows and Skulls
Jungle Fever
Black Snow
Darksmoke and Fire