Featured Image taken from the episode “The Inspector”

Apparently, there’s nothing Hordak hates more than a Horde Inspector. Given this, the very idea of he and Inspector Darkney seeing eye-to-eye is about as likely as Madame Razz remembering a spell correctly or Hordak himself taking responsibility for a backfired plan. In other words, Darkney was possibly the only member of the Horde, other than Horde Prime, who had any sort of control over Hordak. 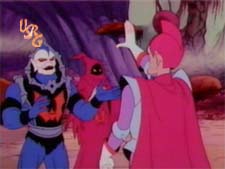 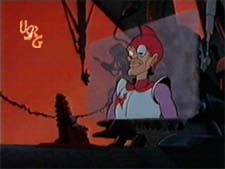 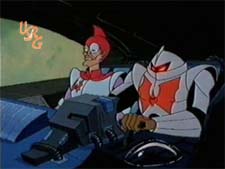 Inspector Darkney doesn’t seem to have any sort of physical or magical power. His sole purpose is to oversee goings-on on Horde World (which we never saw) and inspect places like the Fright Zone for faults. Darkney visited Etheria twice to decipher why Hordak was having so much trouble defeating the Rebellion. The first time, early on in the She-Ra series, he erected a giant dome over the Whispering Woods to stop the Rebels getting out and threatening the Horde. The plan, foiled by He-Man and She-Ra, showed Darkney that the Rebellion is possibly the most formidable force ever faced by the Horde and that Hordak clearly has his work cut out for him. [13] 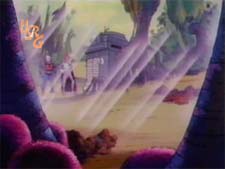 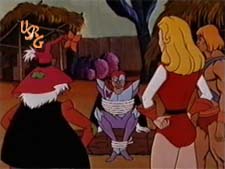 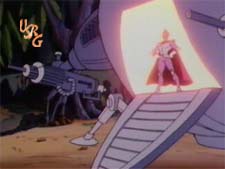 On the second occasion, Darkney fell foul to one of the Rebellion’s attacks and was taken prisoner in the Rebel camp. Adam and Adora then disguised themselves as inspectors in Darkney’s place in order to rescue some prisoners. Of course, given that inspectors are among the elite few that can order Hordak around, Adam and Adora reveled in making the Horde leader look like a fool and made easy work of freeing the captured Rebels. [87]

The sneering Inspector Darkney is cunning and manipulative, but neither of his appearances gave him enough screen time for us to really get to know him. The first studied the relationship between Adora, Adam and their grandfather and the second simply used him to utilise the story’s plot.

His status in the Horde makes up for his lack of physical power and suggests that he perhaps holds more sway over the Horde than Hordak himself, but of course still bows to his ultimate master, the great Horde Prime.