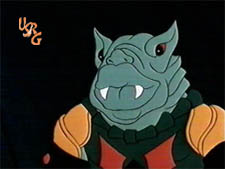 Image taken from the episode “Shades Of Orko”

Leech is the Horde’s evil master of suction.

The origin of Leech is never explored, although he was once seen appearing suddenly from a marsh [09] and therefore referencing the roots of his creature counterpart. He is another of the Hordesmen to whom Hordak directs his ‘Horde science and magic’ comment, along with Mantenna, Grizzlor and Scorpia, suggesting that he may have been part of a scientific or magical experiment. [45]

Leech is oddly the most prominent member of Catra’s Force Squad, especially when acknowledging his minimal appearances in the show. He has featured as part of the full squad [44], with a seemingly part-time member [10] and in a smaller group. [33] 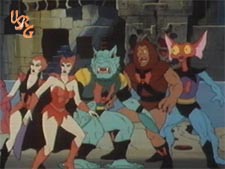 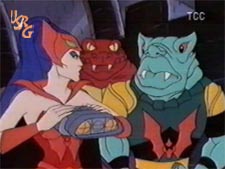 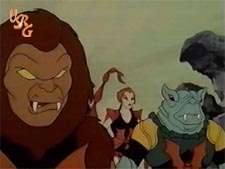 Aside from formidable strength, [33] Leech’s main ability is to drain people’s energy with his suction-cupped hands. A worthy power if ever there was one, but as it was only used twice [01, 44] and threatened with once more [51], it was never fully utilized. As a side note, it was also revealed early on that Leech actually had hands that could be changed to become his suction-cups. [01] However, this was abandoned from there onwards. 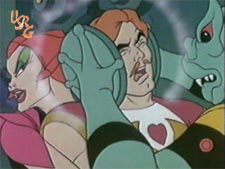 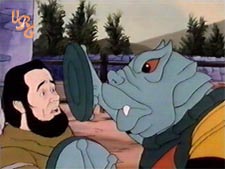 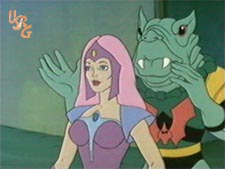 Though he was a threatening creature, this would often seem to be a false pretense, especially after retreating from battle with She-Ra [51], running away petrified of the onslaught of Shadow Weaver [90] and even racing from the so-called cowardly dragon Sorrowful. [12] 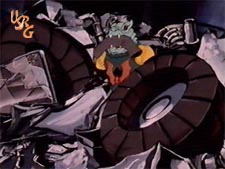 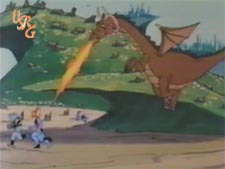 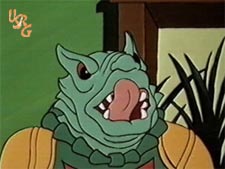 Leech is almost on a par with Grizzlor as far as intelligence goes. (Or lack thereof) [45] However, he didn’t get as much air-time as Hordak’s hairy henchman, so it wasn’t explored as much and neither were his feelings towards Imp. (Although it seems, from several instances, that the two didn’t get on [12, 56] but a head-to-head conflict never actually arose between them.)

Leech will possibly be best remembered for his unique voice and wild tongue, which flapped all over the place as he slobbered his way through his words. [10, 66, 82] Say it, don’t spray it, Leech.