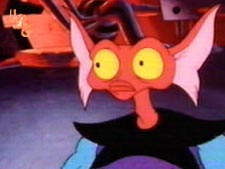 Featured Image taken from the episode “For Want of a Horse”

Mantenna is a member of the Horde Force Squad and is often the source of the series’ comic relief.

Mantenna’s history, like most Horde warriors, is never fully touched upon. We know that he attended the Horde Accademy [13], perhaps one of the most peculiar facts about the character, and that he may have been the result of a scientific or magical experiment, as was implied to all of the Force Squad. [45] Like Scorpia, Grizzlor and Leech, this could mean that he did not always look this way or had his abilities enhanced by Hordak.

Mantenna’s specific power is his ability to shoot various beams and rays from his eyes. A balance distorter ray [01] forces opponents to the ground, his distortion laser [09] stuns victims, and the freeze-beam [90] puts them straight on ice. 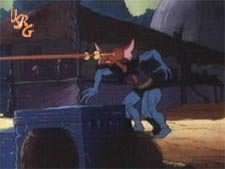 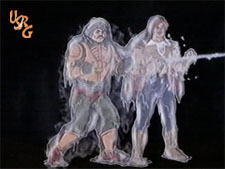 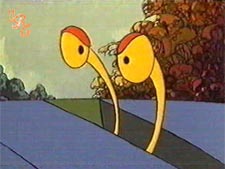 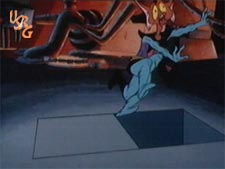 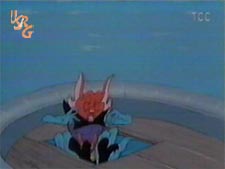 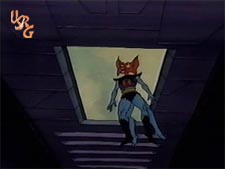 Mantenna’s original portrayal as a powerful villain [01, 08, 09] would soon die a death in place of his role as the comic baddie. He was often the subject of ridicule, as a result of his carelessness in and around the Fright Zone [55] and sometimes for no reason at all. [49] His most prominent fate at the hands of a bullying Hordak would be falling down the trap door, [first in 13] but even when away from the Fright Zone, Hordak would find a way to get the better of Mantenna. [29, 36, 69] 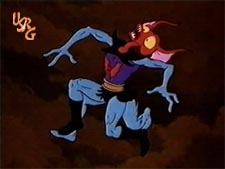 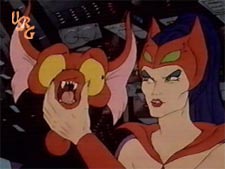 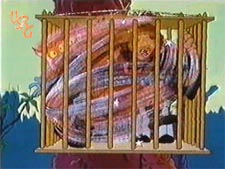 Not only would Mantenna be terrified of Hordak, he along with many others, would be scared of Shadow Weaver [90] and also Catra. [54] As for other Hordesmen, he didn’t see eye-to-eye with Grizzlor [38, 92] and, like everyone else, hated Imp with a passion!

Into Etheria
She-Ra Unchained
The Red Knight
The Missing Ax
The Peril of Whispering Woods
The Laughing Dragon
King Miro’s Journey
A Loss for Words
Horde Prime Takes A Holiday
Small Problems
Book Burning
The Price of Freedom
A Talent for Trouble
Gateway to Trouble
The Unicorn King
Zoo Story
Enemy With My Face
The Rock People
Huntara
The Price of Power
For Want of a Horse
My Friend, My Enemy
Unexpected Ally
The Light of the Crystal
Loo-Kee Lends a Hand
Of Shadows and Skulls
Magicats
Flowers for Hordak