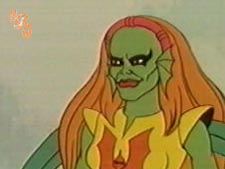 Featured Image taken from the episode “Treasure of the First Ones”

Octavia is the Horde Commander of the seaport Octopus Cove.

With just two appearances to her name, it is surprising that such a rarely-seen character would be given much of a background. Octavia commands a seaport in the Sea of Sighs, Etheria’s most mysterious ocean. Octavia’s debut establishes her as an irregular cast member, as she tells Hordak how pleased she is to see him ‘again’ in her ghoulish, watery voice provided by the oh-so-talented Melendy Britt. [40] 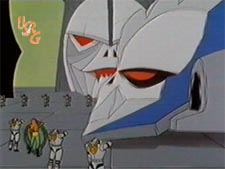 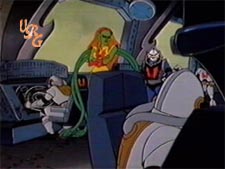 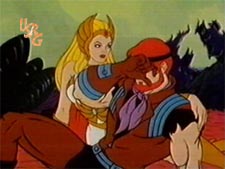 As well as commanding operations from Octopus Cove, Octavia is an adept hand-to-hand fighter. In her only confrontation with She-Ra, she proved more than a match for the Princess of Power, catching her in her tentacles with ease. [40] She also successfully snared Sprocker [83] and Sea Hawk [40], as well as proving to him that his swash-buckling bravado would be no use against her. He felt worse for wear after being squeezed tightly by Octavia’s tentacles, which is indicative of her strength as a warrior. 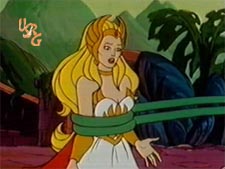 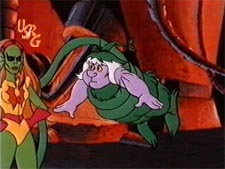 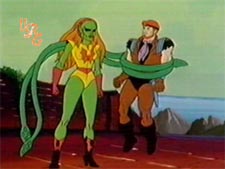 Octavia also stores an array of weapons behind her back for use in combat. Included in her arsenal are freeze wands, a ninja throwing star and four different swords, all of which were pulled from behind her back and used by her tentacles. [40] 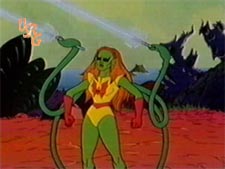 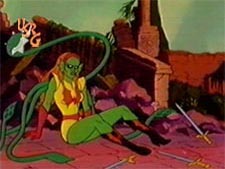 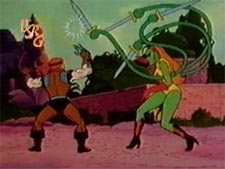 It’s a shame we didn’t see more of Octavia, who has become a firm favourite with fans over the years. If we had, it’s certain her popularity would have been greater and her notoriety in the Horde perhaps on par with Catra, Shadow Weaver and Scorpia.

Treasure of the First Ones