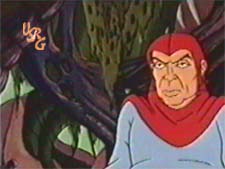 Featured Image taken from the episode “The Inspector”

As seen in the episode “The Inspector”

Spyster is the Horde’s sneakiest spy.

Spyster is the kind of Hordesman that could only be used once. And was. For once the Rebels had familiarised themselves with him as a Horde member, he would serve no use to either side. His singular appearance in the series saw him trading information with the Rebellion – information that would ultimately get them captured by the Horde and get him a bag of gold. [87] 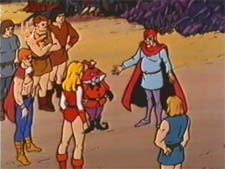 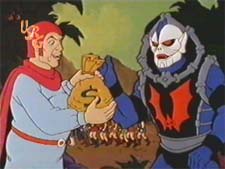 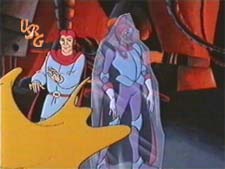 Of course, the Rebels escaped – thanks to Adora and Adam masquerading as Horde officials – leaving Spyster to clean up the mess. Thinking he’d found the ideal way to get back in Hordak’s good books, the ‘measly sneak’, as proclaimed by Catra, unveiled a frozen figure, believing this to be another Rebel posing as a Hordesman – unfortunately for Spyster, the figure was Inspector Darkney, meaning that he – and Hordak – had some explaining to do to their respective superiors.