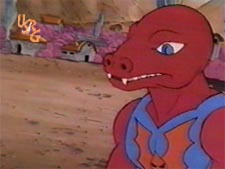 Adora advised Hordak to open a zoo. [07] Hordak started collecting animals for his zoo. [09] Hordak employs Vultak to be his Zoo-Keeper and the villain collects a bundle of ‘attractions’ for the zoo. [38] Goodness only knows why Hordak wanted a zoo in the first place – it’s not as though he exactly appreciated beauty. Anyhow, he got one and it was the previously unseen Vultak who was given the job of managing it. This is a pretty suitable role, as it almost gives an excuse as to why he wasn’t in most of the series, but also adds an ironic touch in that he would fit perfectly in the zoo himself. 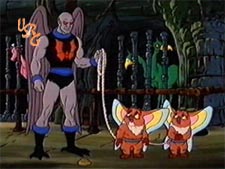 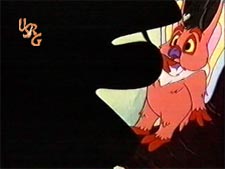 Being the personification of a Vulture, Vultak was not only given the ability to fly; a power which would easily assist the catching of his prey, but also a skill allowing him to transform into a vampire-looking black shadow, to make his catches less predictable and far more spooky. [38] Along with these talents, Vultak was given a voice which was accompanied by a peculiar squawk, much like Hordak’s snort and Octavia’s delightful slurping sound.

An incredibly undeveloped character, one thing we can be sure about Vultak is that he was really a coward, like most of Hordak’s followers. Though he can dish out punishment to harmless creatures, including Kowl and his female friend Kowla, he can hardly take it himself. In his one-and-only scene with She-Ra, he attempted to fly away almost as soon as she arrived. She inevitably gave him what he deserved, as he cowered in absolute fear and shame! 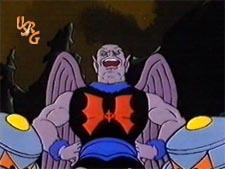 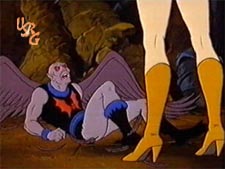 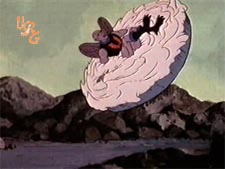 After having an entire episode dedicated to the character and his purpose to the Horde, Vultak seemingly vanished from the series. Until a very brief cameo appearance that would come much later in mid-Season Two. It seemed that he was also incapable of capturing even the most accident-prone of all the Rebels – Madame Razz – and was last seen flying over Etheria in the center of a giant custard pie. [74] What a way to go, eh?