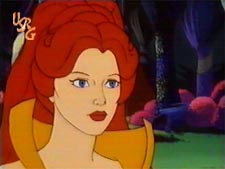 Featured Image taken from the episode “The Eldritch Mist” 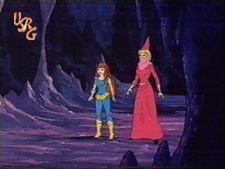 Castaspella is the rebel queen of the domain known as Mystacore.

Casta, as she is called by her friends, was trained in the ways of good magic by a sorcerer named Norwyn, who also trained Shadow Weaver. 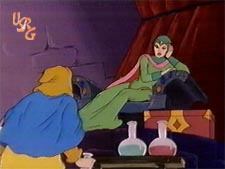 However, whereas the Horde witch succumbed to the temptations of evil, Castaspella worked hard for her knowledge and power and used it to fight on the side of goodness. [47]

The two now-fierce rivals were friends before Shadow Weaver betrayed Etheria to Hordak [27]; such friends, in fact, that Casta knows how Weaver’s mind works and is familiar with the spells she may choose to try and defeat the Rebellion. [48] 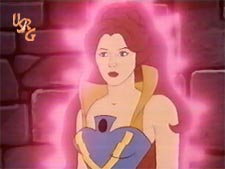 However, Castaspella’s origin extends further, making it one of the most detailed in the series. After she had succeeded as queen of Mystacore, Casta’s home was taken over by the evil enchantress Mortella, who also stole most of her power and changed her appearance to that of a frail old woman. 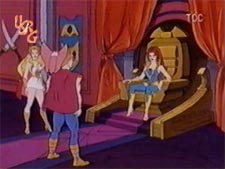 However, Bow and She-Ra helped to put out the magic fire that gave Mortella her power and thus returned Castaspella and her kingdom to their original form. [19]

As well as ruling Mystacore, Castaspella seems to play some role in the running of Blue Stone, a fellow Rebel land. [10] 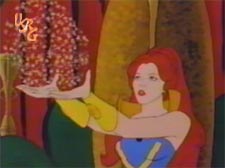 However, as some monarchs have other palaces within their domains, it is possible that Casta simply has a ‘part-time residence’ at Blue Stone Castle. 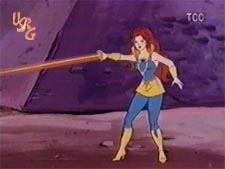 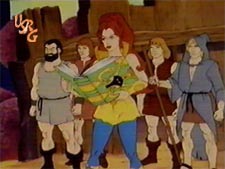 Being a sorceress, Castaspella has a number of magical gifts at her fingertips.

Powers of teleportation [27], manifestation [11] and transformation [19] are all part of her array of abilities.

An early episode, however, showed Casta relying upon a small badge on her forearm to control her power [10] – this was abandoned by the next time she appeared – but a single episode later. 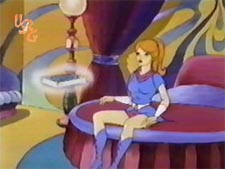 A person of such experience is bound to be blessed with wisdom, as Castaspella proves in her encyclopedic knowledge of all things magical. From ancient courage rituals [11] to treasured artifacts [37, 84], Castaspella knows of them all.

Finally, if you thought Castaspella’s duties as queen of Mystacore were more than enough, you’d be wrong. 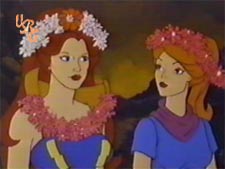 She seems to follow in the footsteps of her teacher, Norwyn, and train youngsters in the ways of magic. [37]

Arielle, a student of Casta’s, was highly ambitious which led her to trouble. However, She-Ra and Castaspella taught Arielle that inexperienced hands must learn how to use power carefully and conscientiously before actually doing so.