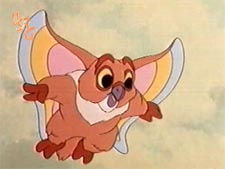 Featured Image taken from the episode “Play It Again, Bow” 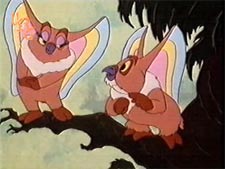 Kowl is more than just a pet to the Great Rebellion. He’s part of the family.

There are only a few of Kowl’s species left on Etheria. 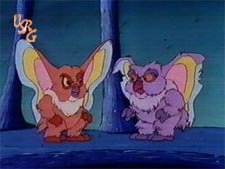 Three of the fortunate few were introduced in the series: Kowl himself, a female called Kowla [38] and his cruel cousin Red Eye. [48]

While Kowla helped Kowl open his eyes to the value of freedom (and romance!), Red Eye lent his cunning services to the Horde in an attempt to thwart the Rebellion. 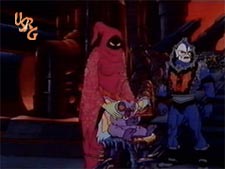 The thing is, Kowl’s species have the ability to read each other’s minds if they possess a selection of another bird’s feathers.

This almost helped the Horde defeat the Rebels, but She-Ra’s quick-thinking put a stop to them.

Kowl’s worth to the Rebellion is proven by his ability to fly at immense speed, as Queen Angella once pointed out. [79] 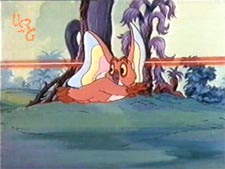 However, Kowl is blighted by his biggest weakness – a lack of courage.

This would be apparent in a lot of episodes [01, 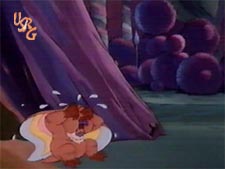 Courage and self-esteem have also been tackled with such characters as Madame Razz [43], Peekablue [80], and Spritina [88], but Kowl beats them all off for winner of the most prominent ‘fraidy-cat. 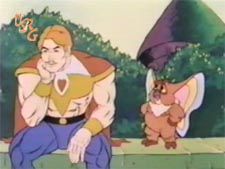 Possibly the only character more cowardly than Kowl to grace the She-Ra series is Sorrowful, but by the time he made his last appearance [82], he had gained all the courage he needed.

Kowl has a well-developed relationship with Bow. 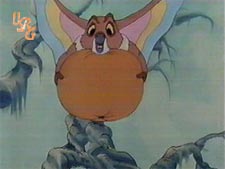 The two appear to have known each other for years and share a clear love/hate relationship (and, as a brief side-note, they were also the first Rebels to be seen on She-Ra).

They would exchange jokingly nasty comments with one another on regular occasions [08, 34, 41], but would never let these quibbles come 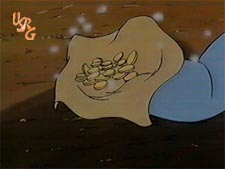 Finally, a brief note about Kowl’s one-off rivalry with Imp. [43]

The two came close to blows after Imp insulted the rebel bird and then attempted to frame him as a thief. 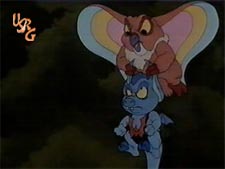 As one would expect, the truth came out and Imp got more than he bargained for by messing with Kowl – a face full of gooshfruit.

Into Etheria
Beast Island
Reunions
Battle for Bright Moon
Duel at Devlan
The Red Knight
The Missing Ax
The Prisoners of Beast Island
The Peril of Whispering Woods
The Laughing Dragon
Friendship
Horde Prime Takes A Holiday
Enchanted Castle
Three Courageous Hearts
The Stone in the Sword
The Crystal Castle
The Crown of Knowledge
The Mines of Mondor
Small Problems
The Eldritch Mist
Bow’s Farewell
Play It Again, Bow
The Reluctant Wizard
Troll’s Dream
Gateway to Trouble
Zoo Story
Into the Dark Dimension
Glimmer’s Story
Enemy With My Face
Welcome Back, Kowl
The Rock People
Huntara
Micah of Bright Moon
Birds of a Feather
My Friend, My Enemy
The Wizard
The Light of the Crystal
Loo-Kee Lends a Hand
Of Shadows and Skulls
Wild Child
The Greatest Magic

One To Count On
A Lesson In Love
Something Old, Something New
The Time Transformer
Above It All
Brigis
When Whispering Woods Last Bloomed
Romeo And Glimmer
The Locket
Shera Makes A Promise
Bow’s Magical Gift
Glimmer Come Home
Portrait of Doom
Hordak’s Power Play