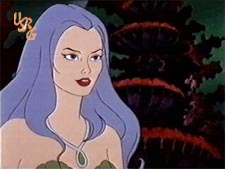 Featured Image taken from the episode “The Pearl” 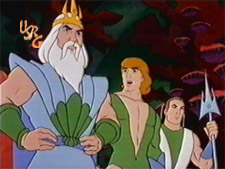 Mermista is the mermaid princess of the underwater kingdom of Salineas.

Mermista is from a race of mer-folk, but is the only one of her people who supports the Great Rebellion. 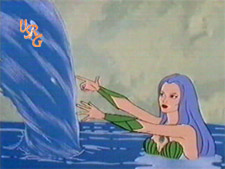 Her father, King Mercier, does not wish to rock the boat with the Horde, hoping they will leave his people in peace if he remains neutral.

Mermista, though, has vowed to support She-Ra and the Rebels despite her father’s opposition.

Mermista has great power over water. 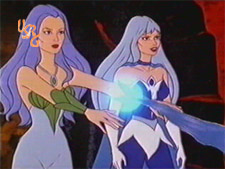 She can telekinetically cause waves to rise and tumble from water areas and she can also fire water from her wrist.

The source of her power – and indeed that of her people – is the Power Pearl, a magnificent treasure which sits atop the dome that covers Salineas. 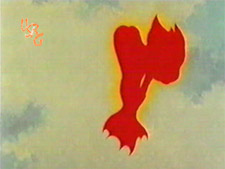 It allows them to transform their fins into human legs and vice-versa. Without it, they would be powerless. [72] 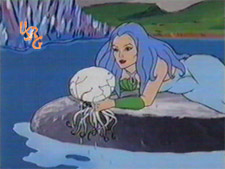 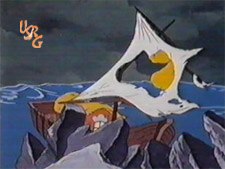 As well as these physical abilities, Mermista can also communicate telepathically with the creatures of the sea. 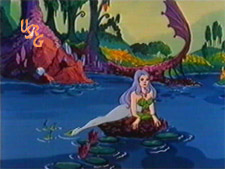 It is worth noting that Mermista also seems to have a remarkable memory regarding events that have occurred in the ocean waters, something useful for joining up those unexplained stories. [64]

As far as her domestic living space goes, Mermista seems to be particularly fickle. 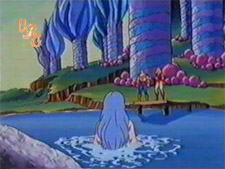 The first time we meet her, she resides at the Crystal Falls, [63] whereas one episode later, we see her again at a different watery location, which seems to be a part of the Whispering Woods. [64]

Later, of course, we are introduced to Salineas, which is just off the coast of Bright Moon. [72] 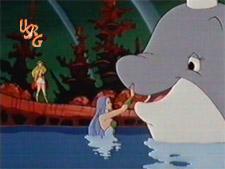 It is possible that small streams link the three areas, especially as Mermista managed to reach the Pool of the Beast Monster from the Crystal Falls, without stepping out of the water. [He-Man and She-Ra: A Christmas Special]