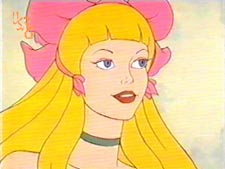 Featured Image taken from the episode “Flowers for Hordak”

Perfuma is a crazy Etherian Flower-Maiden.

Like so many of the Rebels, little is known of Perfuma’s past, though she is one addition to the side of goodness who has a perfectly-shaped personality. 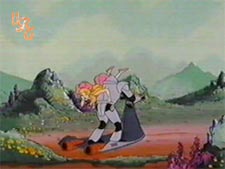 A single episode saw her in a speaking-role which fortunately gave Perfuma just about enough air-time to establish her as a completely loopy, care-free air-head.

It would seem that fear is far from an issue in Perfuma’s world – she was captured by Hordak’s soldiers, thrown in a dark, dismal dungeon and left in the 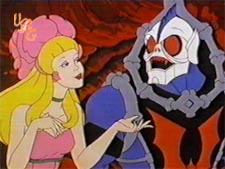 Fright Zone for a short while, a fate that would almost certainly have most other Rebels shivering in their boots.

Perfuma, however, apparently preferring the art of interior decoration than insulting Hordak whilst locked away in a prison, decided that the Fright Zone needed a bit of brightening up. 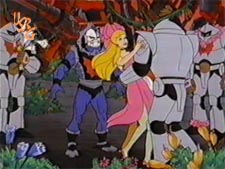 So, off she went and escaped from her cell, only to emerge in front of Hordak, dancing with his Troopers and casually throwing floral decorations here, there and everywhere.

Perfuma survived through all the Evil One’s threats and uncontrollable rage and even made him beg She-Ra to take her back to the Whispering Woods – that, and give the Rebellion extra supplies! 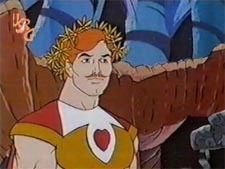 Whereas Hordak would often run at the sight of She-Ra or He-Man, Perfuma is the only other Rebel to make him surrender! [63]

However useful she proved on this one occasion, it seems that she also manages to irritate the other members of the Rebellion, as Bow quite rightly pointed out – 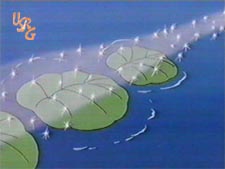 and who wouldn’t get a tiny little bit agitated, just at the sound of her voice?

Perfuma’s powers were, obviously, over flowers and other vegetation.

It is unknown as to whether she could control flowers as such, but she could make them physically appear out of thin air. 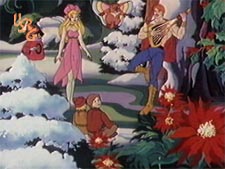 Her powers, only seen on a couple of occasions, were seen to make things look pretty and to help her out of sticky situations.

It would also seem that she can make different types of vegetation for any time of year. [He-Man and She-Ra: A Christmas Special]