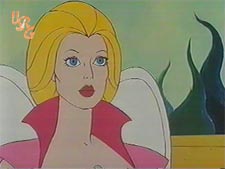 Featured Image taken from the episode “Micah of Bright Moon”

Queen Angella is the ruler of Bright Moon and the main figurehead of the Great Rebellion. 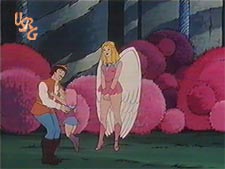 Several years before the Horde arrived on Etheria, Angella and her husband King Micah, were blessed with a daughter, who they named Glimmer.

The family was happy until the Horde invaded, which prompted Micah to leave his wife and daughter to try and defeat his new enemies. 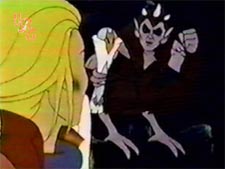 Angella and Glimmer were left to fend for themselves [46] and Bright Moon soon fell to the Horde after Angella disappeared during a battle. She somehow fell into the clutches of Hunga, a sinister native creature not allied with Hordak and leader of the harpy sisters of Talon Mountain. 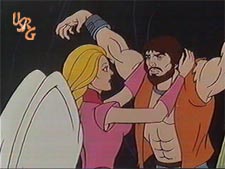 In the time Angella was missing, Glimmer formed the Rebellion with the hope that she would one day see her parents again. It was only when He-Man and She-Ra released Angella from Hunga’s magic that mother and daughter were reunited [04], leaving the reunion between husband and wife for later in the series, when he visited on their wedding anniversary. [46] Hunga also knew King Micah, indicating a possible long-running feud between her and Angella’s family. 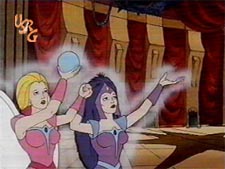 The magical side of the family seems to stem from Angella’s side, as Micah displayed no such power when he appeared.

Angella also guards the Moonstone safe inside Castle Bright Moon’s walls, a magical gift handed down by her ancestors. [41] 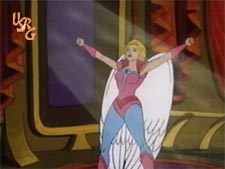 It is suggested that this, along with the light of the Etherian moons, [22] power Angella and protect Bright Moon from harm.

She is completely powerless when away from her castle, leaving her far more vulnerable to attack, [09] something that never seemed to hinder Glimmer. 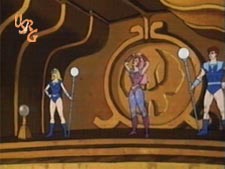 Queen Angella is seemingly the most powerful of the Rebel leaders, aside from She-Ra.

Her own troops at Bright Moon help fend off any Horde attacks, but when her own power is at full capacity, she is more than a match for the Horde on her own. 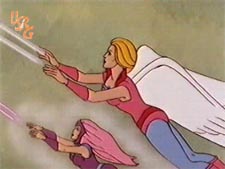 Angella is blessed with several powers, not dissimilar to her daughter’s.

Her ability to fly was outlined early on in the series [04], with Glimmer’s ability to do so being introduced much later. 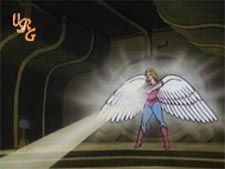 Angella can also fire beams of light to stun or disable opponents [05, 67, 88], and can also open temporary portals to other worlds, [24] suggesting that her magic is far more superior than we know. 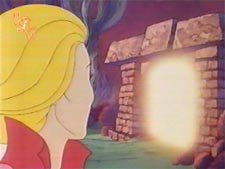 Like any mother, Angella was concerned for her daughter’s safety whenever Glimmer went off to fight the Horde. [24, 46, 79] But Angella never stopped her, as she knew that the fight for freedom was a risk worth taking.