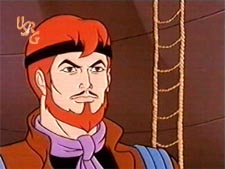 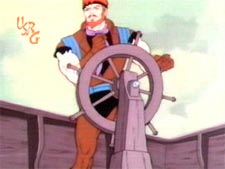 Sea Hawk is a swashbuckling Etherian pirate and aids the Rebellion mostly on ocean-bound voyages.

Sea Hawk is a skilled swordsman and talented 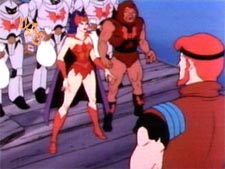 His biggest influence and role model was his father, the Falcon, who mysteriously disappeared when he was just a boy. [59] 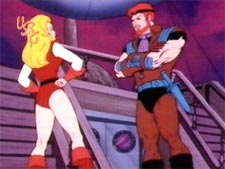 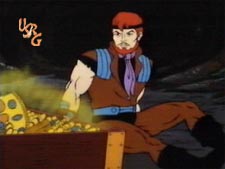 Seemingly forgetting the morals taught by his father, Sea Hawk went on to help Hordak by delivering supplies for the Horde.

He claimed he was only interested in the money he was paid, but his right-hand mate Swen knew that Sea Hawk was really a good and principled man. 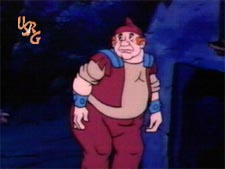 It was only when Adora came along, soon after her own defection from the Horde, and showed him the error of his ways that he joined with the Rebels in their fight for freedom [07]; consequently, he too is now wanted by Hordak.

Hawk is a typical pirate, in that he has a ship, a crew and a keen interest in collecting as much 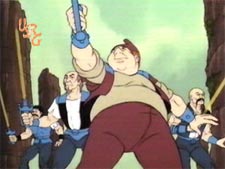 treasure as he possibly could.

Gold, in particular, would be depicted as his biggest weakness, but he soon realised that freedom is more important than material possessions and money. [60]

The only named member of the Hawk’s crew is 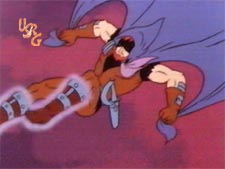 Swen, who is older and wiser than Sea Hawk and was even one of the Falcon’s original crew.

The other men on his ship are simply referred to as ‘mates’.

After many years of plunder and his subsequent alliance with the Rebellion, Sea 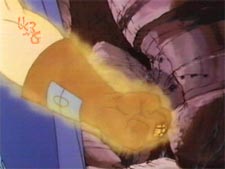 Hawk’s past caught up with him in a big way.

After being attacked by the Horde Admiral Scurvy, Hawk’s ship was destroyed.

His men escaped unscathed, but he was thrown into the sea and later washed up on a desert island.

As fate would have it, the Sea Hawk ended up discovering that his father, the Falcon, was staying on the island, only being kept alive by the enchanted sea air.

The Falcon, now old, frail and sick, implored Sea Hawk to continue his fight for freedom and gave him a selection of nifty new weapons to use 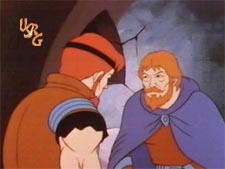 in the fight against the Horde – Seven League Boots, an Impact Ring and a stunning Laser Rapier. [60]

Sea Hawk has gained a valuable new ally – and a girlfriend – in Adora.

Adora worried that the Hawk preferred the 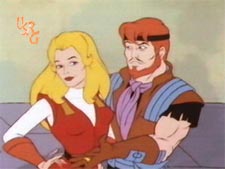 company of She-Ra, but as it turned out, he was only interested in the Princess of Power as a fighting partner.

It was Adora who really caught his eye. [16] The pair, though often oceans apart, are able to tell if the other is safe via a magical locket, given to Sea Hawk by a kindly sea-witch. 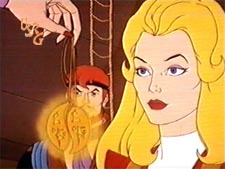 He gave one half of the pendant to Adora and kept the other [82] – that way, the distance between them is never too far.