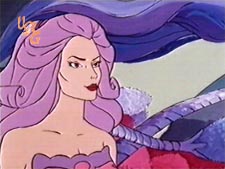 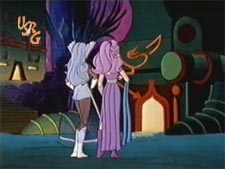 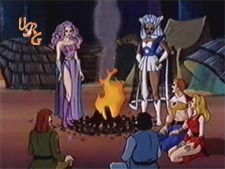 Though her origin is unknown, we know that Spinnerella, along with Netossa, used to live in a part of Etheria where the Rebellion had no presence.

The pair visited Thaymore Village for a vacation 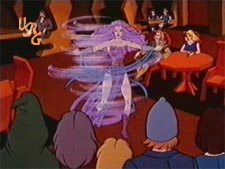 and, following a run-in with the Horde, have stayed with the Rebellion ever since. [79]

Spinnerella’s ability is plain and simple. She is a dancer and can spin so fast she is able to create a mighty whirlwind around her. 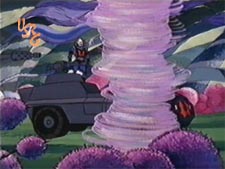 Her ‘spinning dance’ was so powerful, it was able to push the trees of Whispering Woods aside and allow the Horde to gain access after they tricked her into believing Netossa had been taken hostage by the Rebels.

Hordak hadn’t reckoned with Spinnerella’s talent, though, and soon fell foul of it himself when the 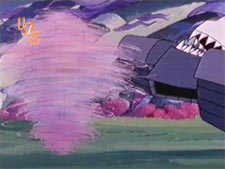 truth was revealed and his tanks were swiftly destroyed by the powerful Spinnerella.

Spinnerella’s close friendship with Netossa is warm and heartfelt and seems suitable to the two women as they were the last new dolls to be released in the Princess of Power toy line. 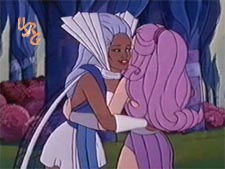 Spinnerella’s concern for her friend when she had been captured and the fact that Netossa called her ‘sister’ emphasize how much they value each other. [79]