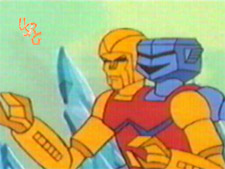 First seen in the episode “Horde Prime Takes A Holiday”

Multi-Bot is a goofy Horde robot, and creation of Modulok.

Multi-Bot is one of the She-Ra characters whose history just doesn’t follow. Like Flutterina, his origin episode came way after his first appearance – but with Multi-Bot, Filmation made the even bigger mistake of making him a creation of Modulok, who arrived on Etheria after Multi-Bot’s first appearance! Talk about confusion… 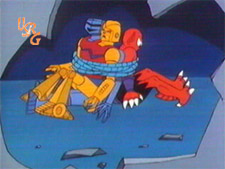 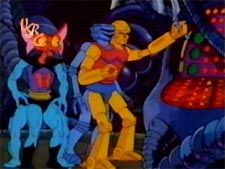 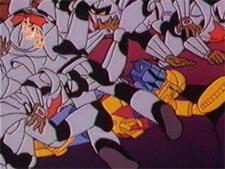 Though we would first see him alongside Mantenna in Horde Prime’s mother-ship, The Velvet Glove, [18] She-Ra would be introduced to the robot forty episodes later [58] and the two would only cross paths once more. [He-Man and She-Ra: A Christmas Special] Both times, however, Multi-Bot would be defeated with the greatest of ease – and to comic effect, putting Multi-Bot in a similar league as other would-be comedy villains Grizzlor and Mantenna. Given the technical expertise of Modulok, it seems that this invention not only had a mind of its own, it was programmed incorrectly from the start!

Multi-Bot is given similar abilities as Hordak and Imp in that he is able to transform himself and his body-parts into weapons, but just one episode showcased this power. [58] Click here to see all the changes. 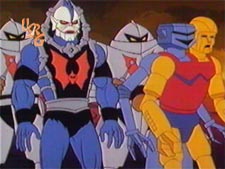 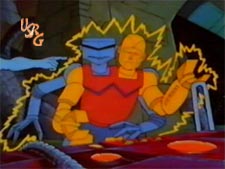 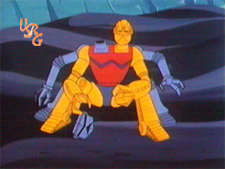 Hordak treated Multi-Bot just like one of his Horde Troopers, as he referred them collectively as ‘robots’, proving that Multi-Bot is practically as useless as they are. Of course, it’s always nice to see a fresh face in the crowd, which makes Multi-Bot a likable addition to the Horde. How he escaped all those forms of abuse, however, is anyone’s guess…